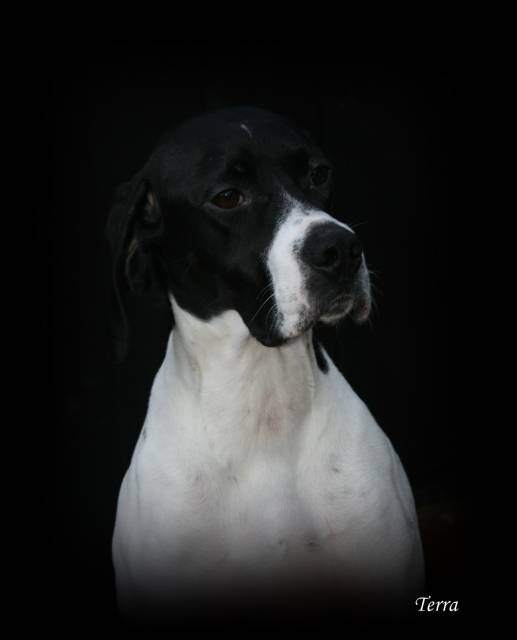 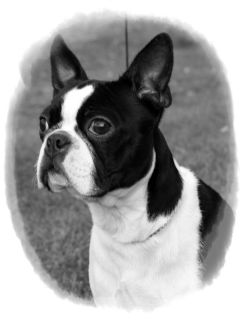 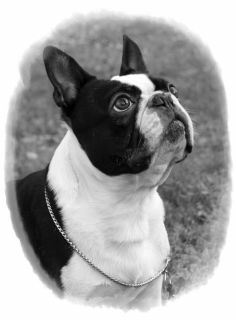 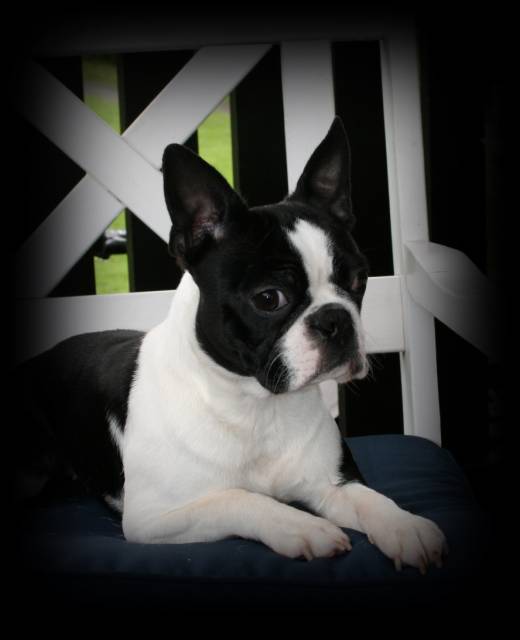 June:
We are so happy!!!!Lundstadgården`s Romario) is finally home again....Thank you so much Malin Hagberg in Sweden for letting us have him back!
This wonderful boy has been a part of Malin`s Family ,and shown in the rings by her.He has 2 certificates in Sweden.Roy is  eye tested free ,and also blood tested.
He is soon going to have is own page:) 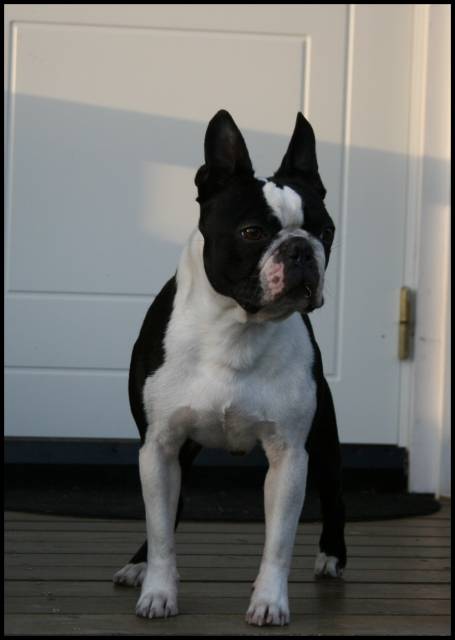 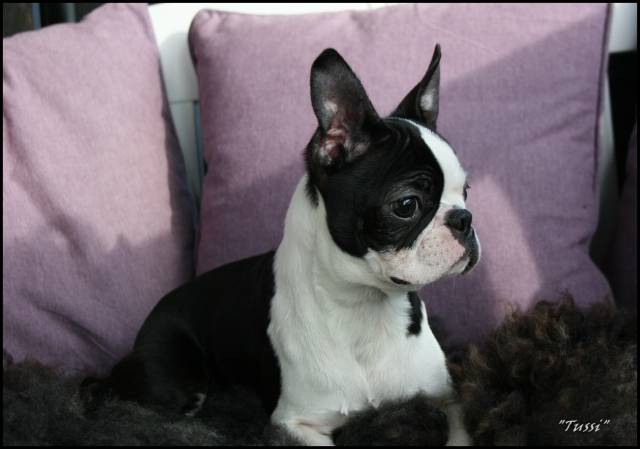 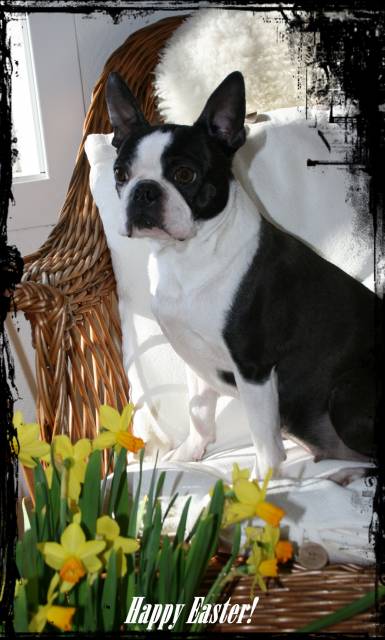 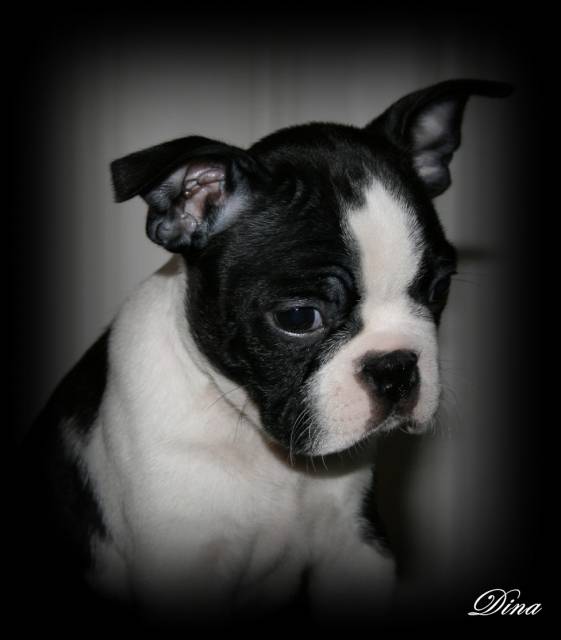 1 December 2012:
The puppies are now 3 weeks old and growing fast!..we are really looking forward to see how they are develope the comming weeks:-) 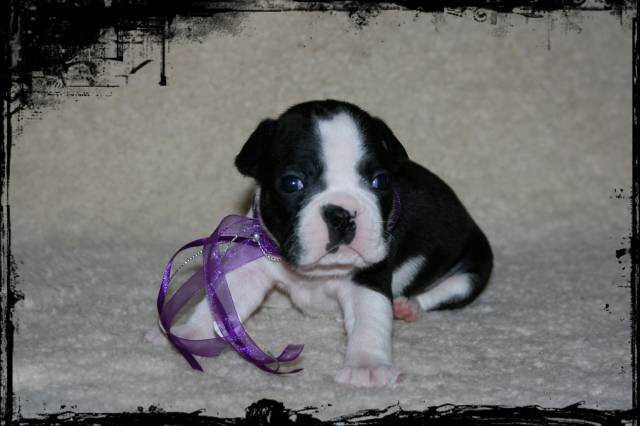 9th of Nowember 2012:
Puppies are born here at our Kennel!!6 georgeous Boston babys...2 females and 4 males...
more pictures on the puppie page:-) 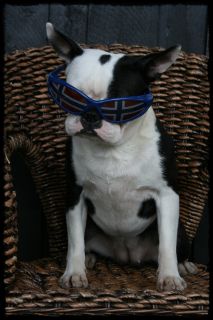 1 March 2012!!....
Long time sice the homepage was updated...
We are looking forward to the Spring now and some dog-shows is in our plans...both Norway and Sweden.

13/11.11  Orkanger,Norway:
Tonfoss Paola became BOS at   National dog show in Orkanger ,Norway today.
Judge: Leif Lehman Jørgensen,Denmark
And now we have the honour to announce her as a Norwegian and Swedish Champion!!!!!We are soooo proud!!! 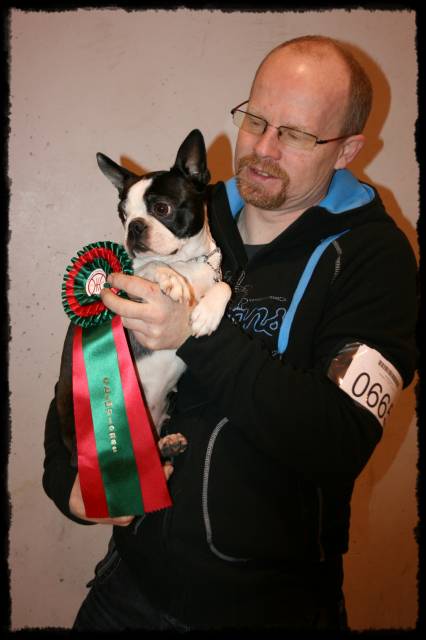 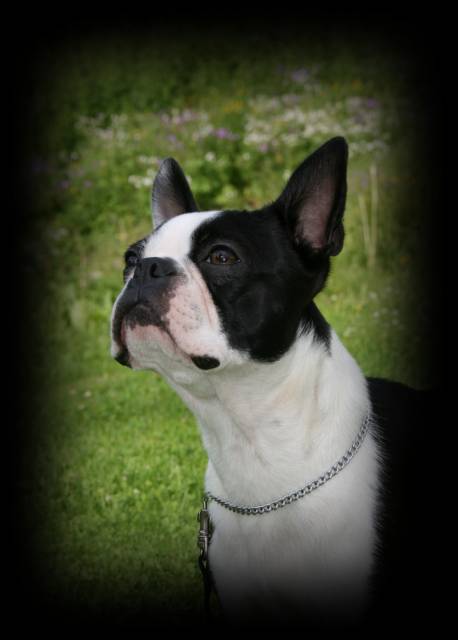 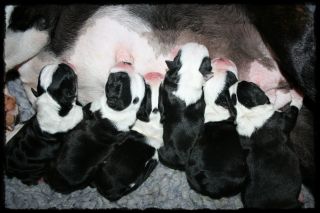 The puppies are now 1 week old  ,and growing fast..One of the girls have allready started to open her eyes! 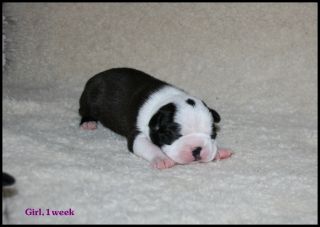 01/07.11:
Finally the puppies are here:-)   we are soo proud of our Paola.The puppies came into this world on the natural way,and during 2,5 hours they were out all 5 of them.
So wonderful that all went so well.It was 3 girls and 2 boys.Paola is a very loving and caring mom:-) 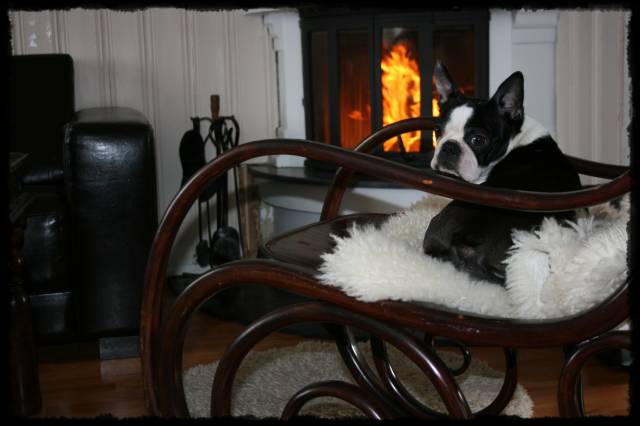 10/10-10  Sundsvall,Sweden:...
Lundstadgården's Rolex celebrated his birthday in a all breed show,and did it very well!!!
He got is 5th Certificate !!!Yahoooo.... 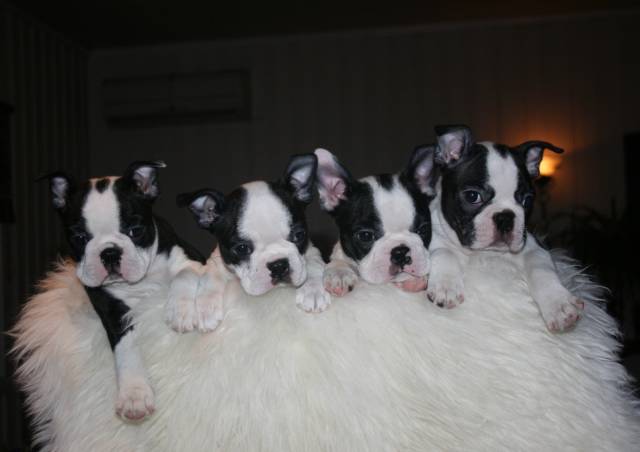 17+18/7.10:  Boston...
Rolex has now had his debut in junior class..and he  did it with style!!
17/7..Piteå,Sweden..Lundstadgården's Rolex became BOB for judge Birgitta Svarstad.
18/7..Alfta,Sweden..Rolex became BOS for judge Karl- Erik Johansson..
What a weekend for Inger and Rolex!!..You are the greatest!!!! 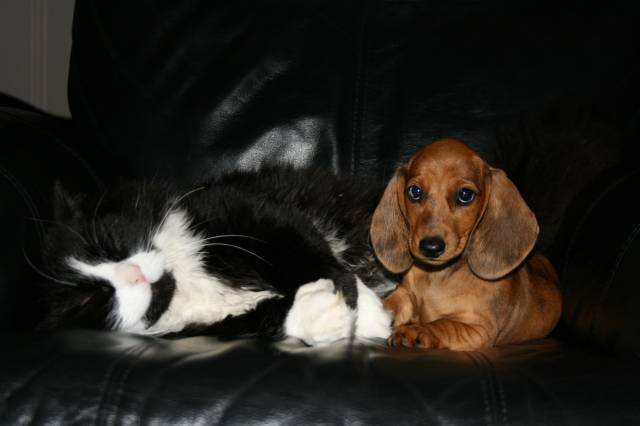 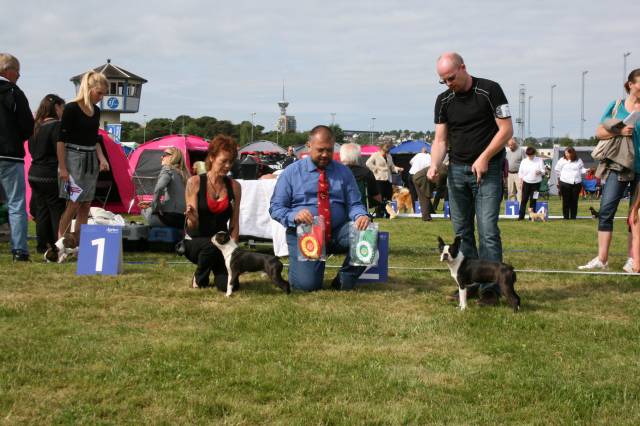 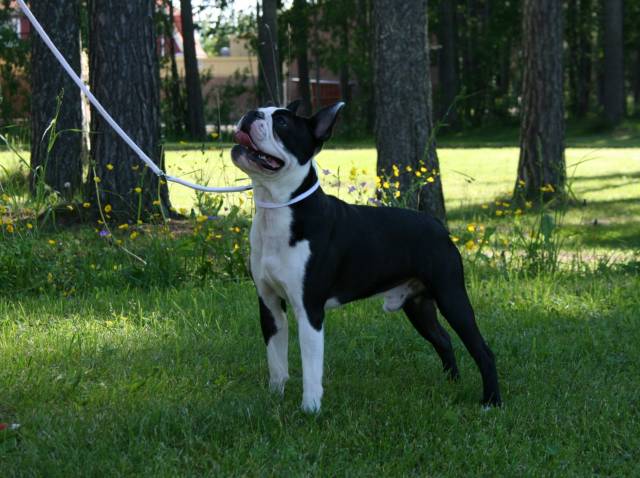 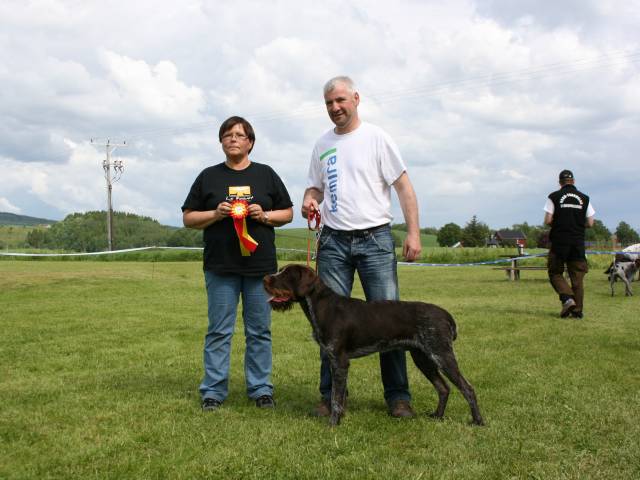 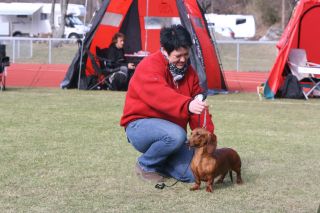 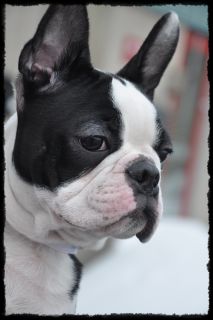 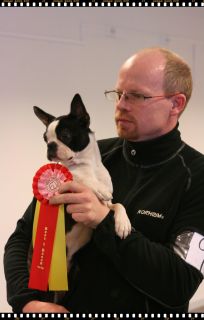 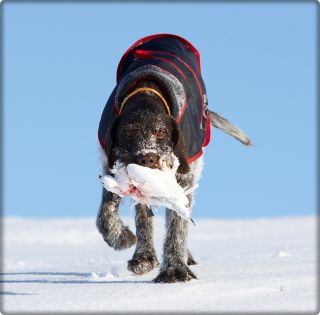 Foto: Dag Karlsen
20-21 /3-10: Vorsteh..
Seiter was on a Hunting test here in Meråker this weekend.Arranged by the Nordenfjellske.
He did his job on saturday and became one of twenty dogs who was take out for the finale on sunday.
Seiter is in very good condition in these days...and ended as  4VK....
Concratulations to Seiter and his owner Karstein. 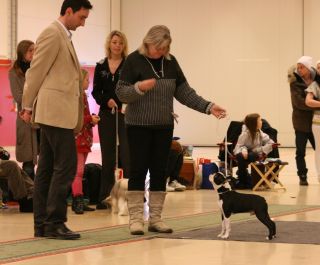 20/3-10:Boston..
He  is still going!!!....
Lundstadgården's Rolex became BOB and BOG for judge Karl Eddie Berge,Norway,
....and ended the day as 4th BEST IN SHOW  for Judge Mickael Johansson,Sweden.
We are SO proud   breeders of this handsome and lovely boy!!!!

13/3-10:Boston..
Good news from Piteå.......
Lundstadgåden's Ronaldo  "Leo" had his debut  in Boden today.
And he did it with Style.....Leo  ended as 2'nd BEST IN SHOW Puppy!!..
congratulations to Leo and his owner Åsa Gyllemalm.
Judge was Mats Lyngmark from Sweden.
Picture is coming soon........ 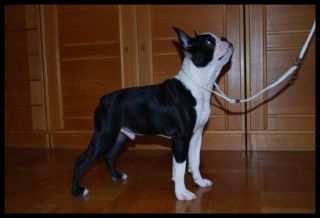 7/3-10:Boston...
We have received great news from Sweden.......
Lundstadgården's Rolex became BIS2 at Vesternorrlands Kennelklubbs Puppy Show today!!
Congratulations to Rolex and his new owner Inger Jansson at Kennel Lillfjallets.
Thank you so much to judge Arvid Gøransson !

All Breed Show  08/11.09, Orkanger Norway
Our Shorthaired Dachs female  Skin-Deeps Chilli Pepper "Petrine" had her debut in Junior class...and she did it with style!!..She ended as BOS !!!
Way to Go for this promising and charming young girl..Thank you so much to judge Elena Ukhabina. 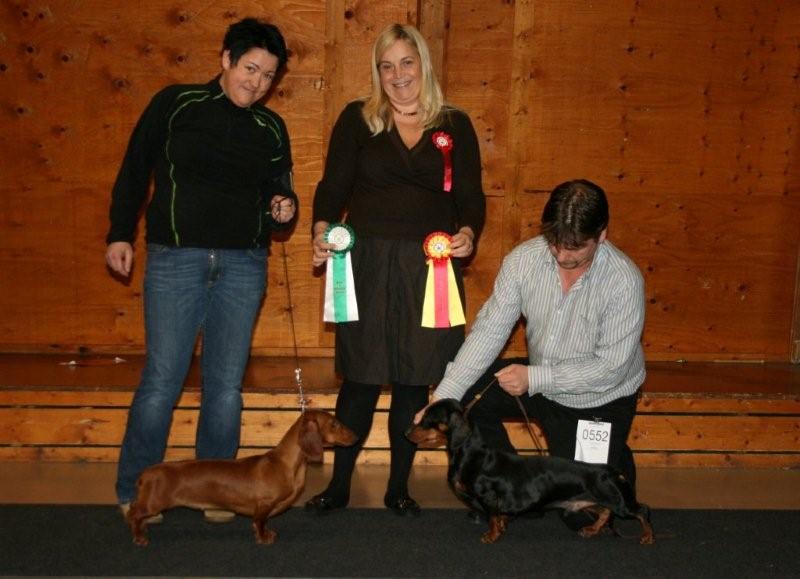 We wish our "Blue" litter the best of luck in their new homes! 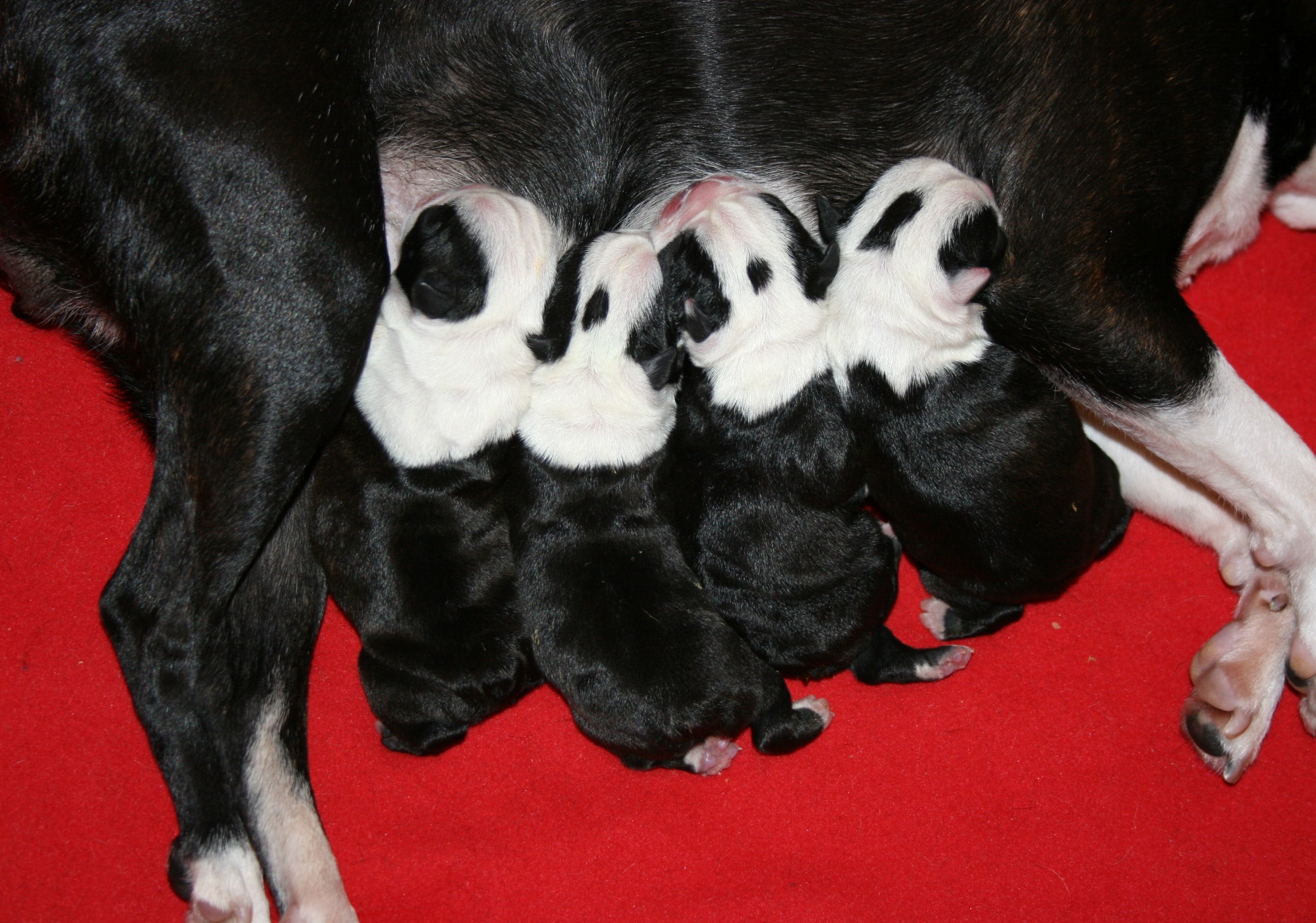 Finally she is here!!..
Paola has now arived to our kennel.
More about this georgeous little Danish girl will come soon:-) 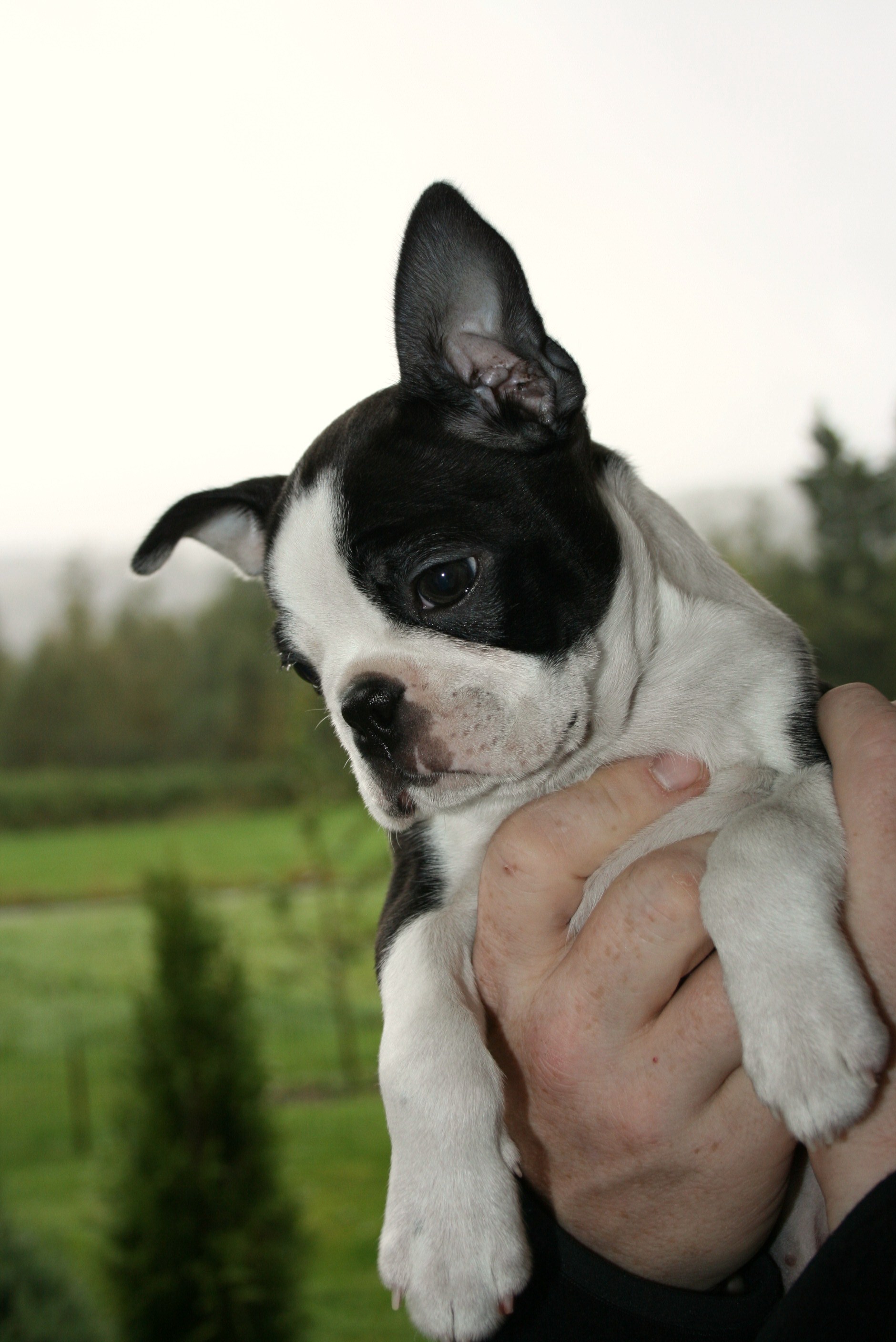 Vestnes Dogclub,13th of July, for Judge Leif Hermann Willberg,Norway:
our boy  "Haljans Lets Talk about Rumours" got his second Certificate
and ended as BOS!!

At the same show Our Boston Terrier girl  Chatojos Dior  became BOB and
ended as number 2 in a large group of Minyature dogs!!..We are SO proud
of her!!!! Judge was Anne Mari Haugsten,Norway.